We just released a new PoKeys update 3.1.67 that contains some bug fixes and new features. 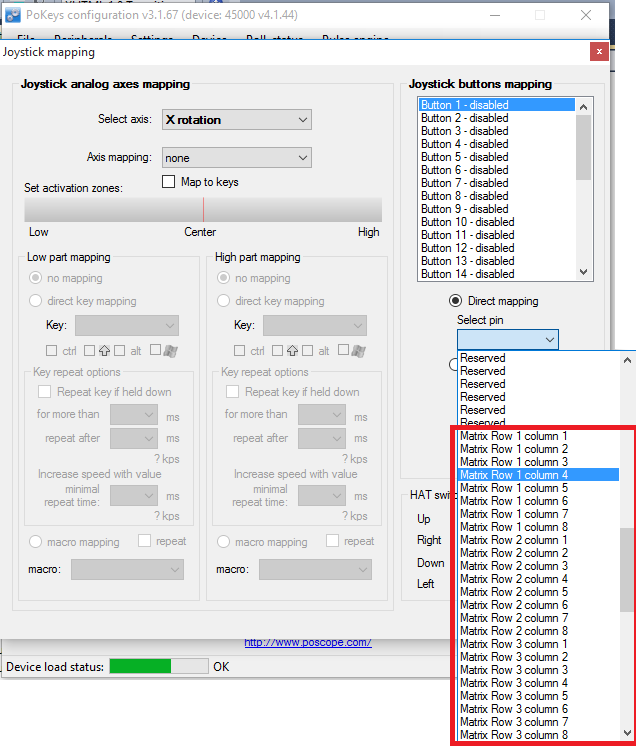 By connecting the PoStep60-256 stepper motor drivers – (complete explanation) to PoKeys57CNC device by the use of the 10-pin PoExtension cables, one can configure the PoStep driver settings directly by using PoKeys application or PoKeys Mach4 plugin

Settings can be accessed using the new ‘Configure PoStep drivers’ button from the Pulse engine dialog (see below). 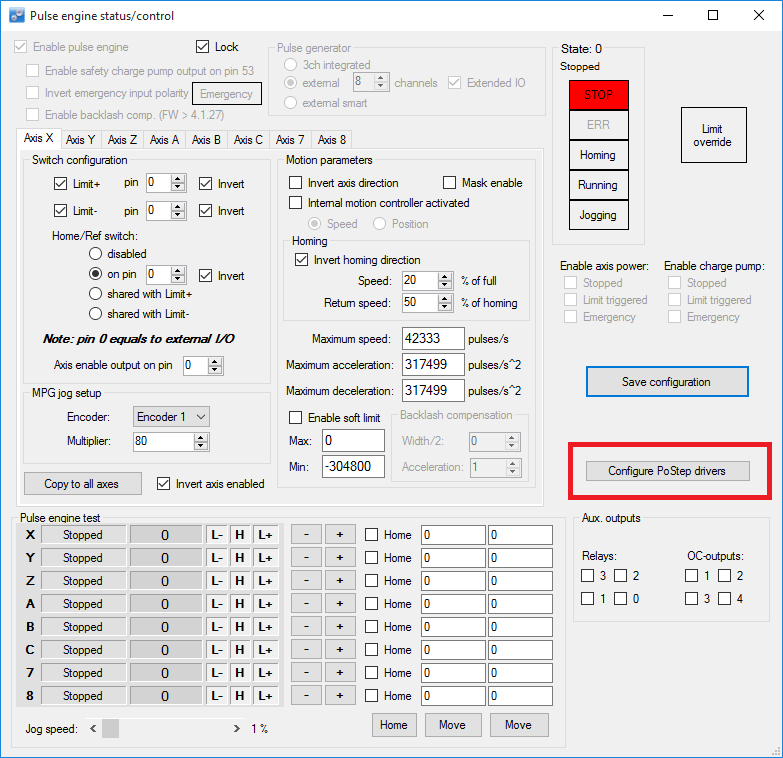 A dialog appears that allows you to configure currents, temperature limit and step mode (microstepping resolution) without the need to connect the PoStep60-256 stepper motor driver to USB.

The same settings can also be accessed directly from PoKeys plugin for Mach4 (available soon). 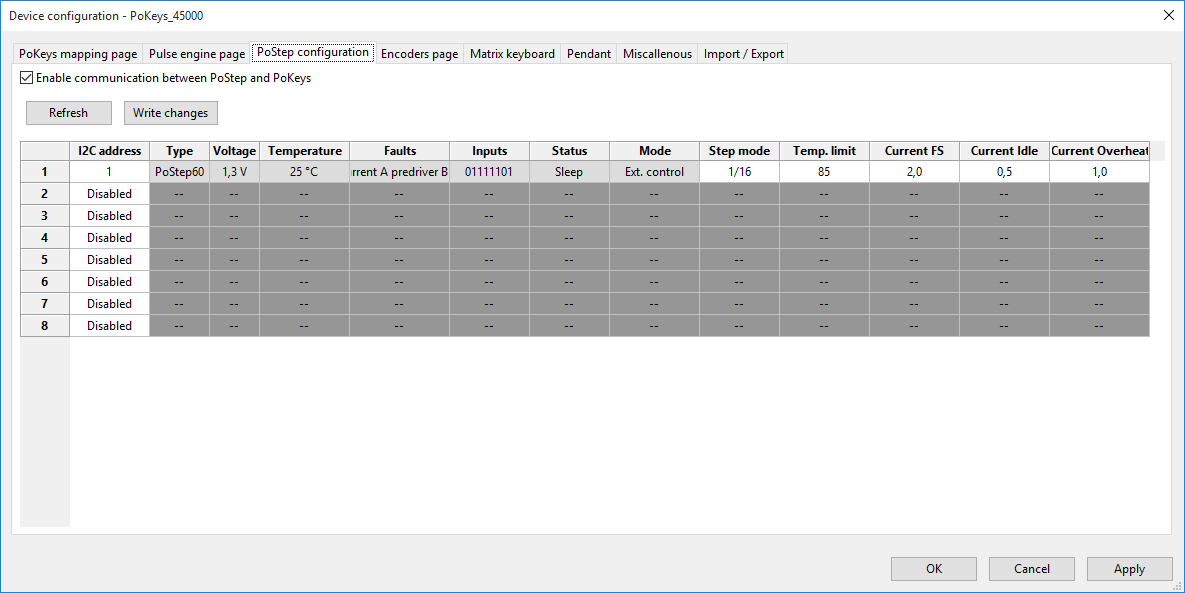 We discovered that the joystick triggered mapping settings did not produce correct results in the device. This is now fixed.

Some users noticed that anomalies appeared on the LCD module if digital outputs were updated. The update command affected the LCD IO lines and introduced anomalies in the display. This is now fixed.

PoNET keyboard kbd48CNC may become unresponsive in case of communication errors on the PoExtBus/PoNET. This is fixed in the latest release.

Please check some of our products: 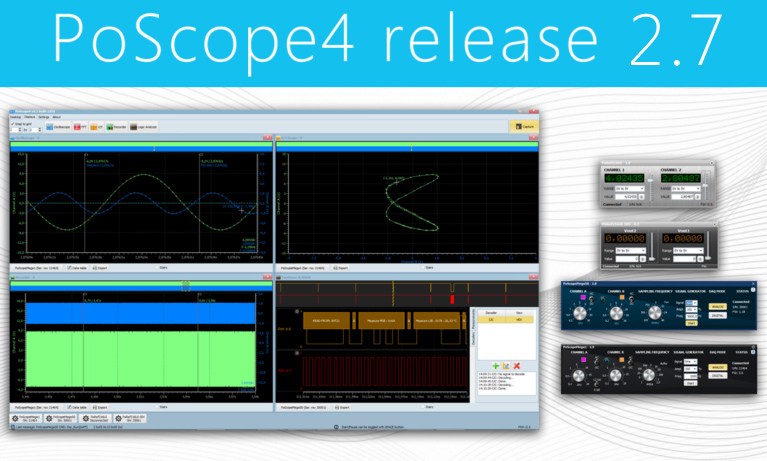 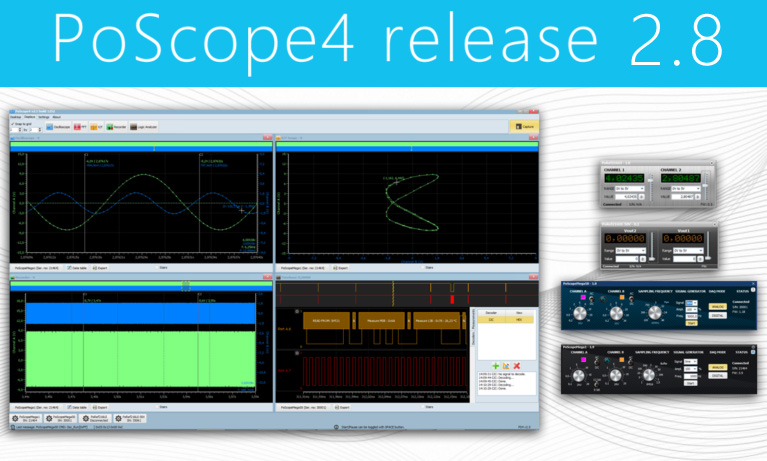