PoKeys update 4.1.58 was just released with a few new features for PoKeys devices.

We changed the PoKeys update versioning scheme. We try to release both software and firmware for PoKeys devices with the same versions in order to improve the user experience. Until now, we based our versioning on PoKeys56 series device family that matured and are now being slowly replaced by PoKeys57 series devices. We will still keep the important updates for PoKeys56 coming to our users, but the development is now focused on PoKeys57 series devices that share the same firmware. For a while, updates to the PoKeys57 series firmware were made available as subversions (you may have noticed updates from 3.1.68a to 3.1.68i), which did not really fit into our idea of updates.

If you’re using Mach4, don’t forget to download the latest Mach4 plugin here: PoKeys Mach4 plugin 7.25.0.2914 + manuals (13.3.2016).zip. We included an updated manual for Mach4 with all new features described. We will be working on providing Mach4 tutorials for the beginners and advanced users.

We received requests to improve the homing functionality of PoKeys devices and now we are presenting customizable homing algorithm. The algorithm now also supports homing using encoder index signal. Using encoder index for homing together with the updates in the synchronisation between external pulse generator and Pulse engine, PoKeys devices can now home extremely precisely.

The algorithm is based on executing selected actions on different events:

On these two events, the combination of the following actions can be configured:

Let us present some examples of the homing algorithm configuration – mode byte describes the actions of the ‘out home’ (first number) and ‘on home’ (second number) using the action codes above.

This mode was the default homing mode in PoKeys devices and is used when no valid configuration has been specified.

This mode starts similarly to default mode 0x83, but arms the encoder index input on home release. When next encoder index event is detected, homing is stopped and position is reset. One can also configure the encoder arm action on the ‘on home’ event, which will arm the encoder together with slow-down and direction reversal.

This mode is similar to previous (mode 0x43), but without the motion reversal. Encoder can be armed either on ‘on home’ or ‘out home’ events.

PoKeys device can now filter home and limit signals in order to deal with the electrical noise in these signals. The filter period is configurable from 0 to 25.4 ms in 0.1 ms steps.

PoKeys generates 5 kHz chargepump signal when the Pulse engine is in specific states (some states can be additionally enabled besides ‘Running’). This signal can be used to enable power to motor drivers. The idea is that the power supply to the motors is cut-off if motion controller hangs. PoKeys devices used a predefined pin for the chargepump output functionality, but we decided to make this configurable in order to support various machine configurations and new PoKeys devices.

PoKeys57CNC device did not support fast encoder index input signals due to a limited number of available general-purpose pins. In order to support homing on the encoder index, three pins have been defined on the Pendant connector – PoKeys pins 9, 10 and 11 (instead of 9, 11 and 27, as were used in PoKeys56 and other general-purpose PoKeys57 series devices). 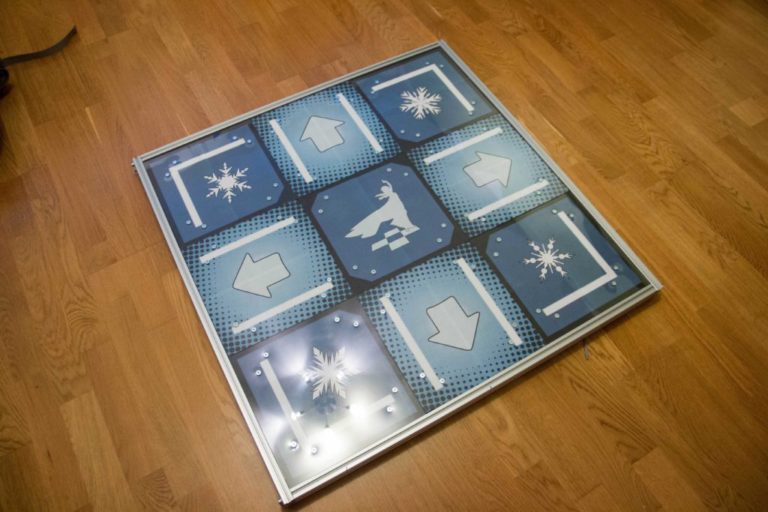 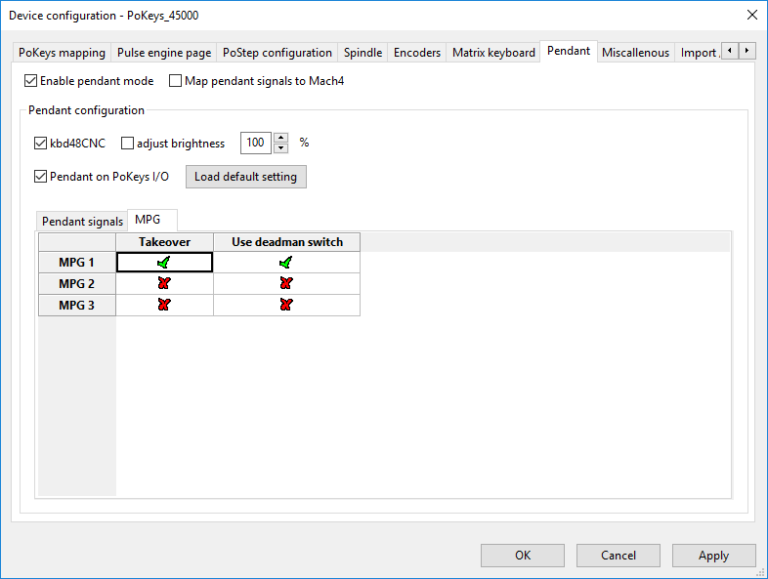